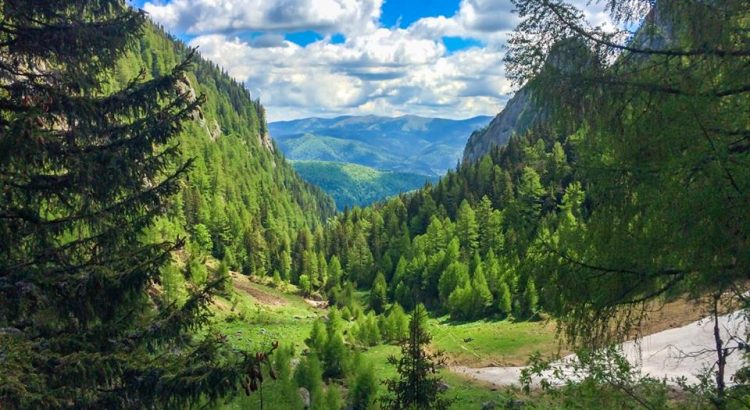 “If you want to make God laugh, tell him about your plans”

That’s how I feel now looking back at my plans before Transylvania 100k, a beautiful race in Bucegi Mountains, Romania, where I really was looking forward to run my first 50k. The competition has different distances, from 20k up to 100k, and I had been thinking for a long time to do the first longer than marathon distance.

The plan was to do Vall del Congost marathon in March in Catalunya as a training and then run the 50K in Romania. However, the marathon in March was probably too soon for me to do such a distance and I ended up injured (Posterior Tibial Tendinitis). This kept me away from the trails for about two months, and in the third month I could only run slowly and on soft ground or asphalt.

So with my amazing volume of 20k per week I realized it was time to change plans and change races. I switched to the 20k instead and decided to do it in an easy pace. The only pace I can have right now anyway, considering the break.

Before changing to the “kids’ race”, my only fears regarding this competition were the weather, the bears, and getting lost. I had heard about some people getting lost and not finding the track.

Bad weather is the best weather 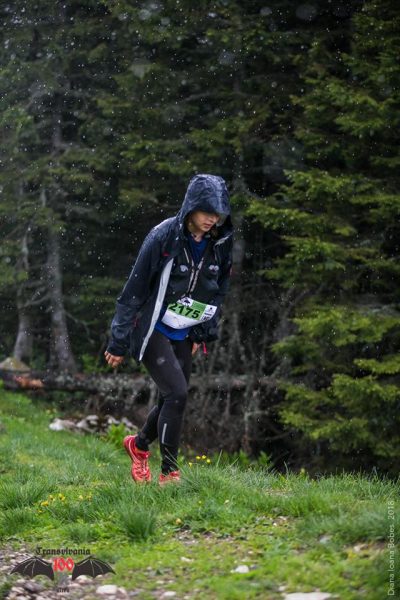 Luckily, on the day of the event the weather was perfect. Cloudy and not too hot, and a light rain started exactly when we started running. But the rain showers were on and off, just enough to cool us down a bit, and by the time we were close to the finish, it was already sunny.

The 20k race started in Moieciu this year, not in Bran, as the other races had, but the finish line is in the same place, by Dracula’s Castle.

The route, maybe not as impressive and demanding as the 50k would have been, was nevertheless exactly what I needed. The perfect distance, because I couldn’t have ran for longer, with soft grass and trails under my feet, and with beautiful sights.

I started it pretty easy, and almost all race long I was congratulating myself for not going for the long distance. I was the second woman from about km 4 all the way to the finish line, and the fact that I couldn’t see the first girl in front and neither the third one in the back helped me stick to my non-competitiveness plan. It was actually more like a fast hike, keeping my ankle and my cardio as relaxed as I could.

All this while enjoying like a kid the green landscapes of the mountains that for me are the trail running paradise. After a year of living in Barcelona and running on their rocky and dry trails, I am convinced now that they’re part of the cause for my injuries.

And being away meant missing the Romanian trails even more, with their long climbs, stunning views, thick forests and colorful flowers. Things that make you feel grateful to be alive on this planet, no matter the weather.

I remember climbing the hill up to Poiana Gutanu and thinking “hell, I’ve missed feeling these muscles!”. Then I heard a few friends calling my name – they were volunteering in one of the aid stations, offering me tea and snacks, and the priceless mental support. 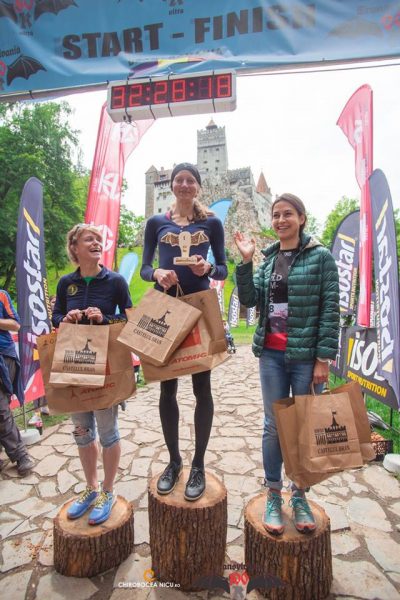 One thing I should mention is a terrible rookie mistake that I did, which was starting without enough watch battery. Actually I think there was a problem with my watch because one day in advance I had charged it, but on the bus that took us to the start line I noticed I had only 9% battery. That’s why my Strava only shows a 4,7km run.

Without knowing my pace and where I was, I was asking every volunteer and tourist around if I was still on track. Most of them said I was, but as we approached the finish, another runner and I got a bit lost. Neither of us could see the marks, not even when we stopped and went backwards.

It was the first race that I finished with the map in my right hand and the phone on Google Maps in my left. But I wouldn’t blame this on anyone else but myself, I am a master in getting lost.

It was a good lesson, though: better planning next time. If I had been competitive I would have probably cried for all those precious minutes that I’d lost.

I arrived at the finish line in 2h 54min as the second woman in the 20k race, and spent some time with my friends, celebrating our good races in the refreshment point, while waiting for others from the different distance races to arrive.

The next day, in the awards ceremony, we received our prizes from Vlad Tepes himself.

All in all, it was a very well organized race and I am especially happy to see so many runners coming to run in Transylvania. I am sure it’s a place they won’t forget.

I appreciate the small details that the organizers paid a lot of attention to, as well as their flexibility and openness when we had questions or needed details about anything.

Looking back, I left with the mixed feelings of unfinished business that will probably make me come back, and gratitude to have been able to enjoy those three hours to the maximum.

2 thoughts to “Transylvania 20k – See you next time, Dracula”