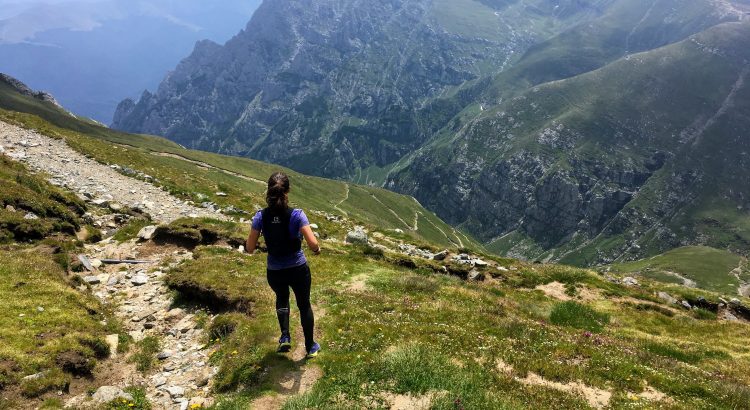 There are also some small tweaks that can have a huge impact on how you feel and perform. Like that time my swimming coach told me to slightly point my toes a bit outwards and from that moment on I felt like I was ten times faster than a mermaid.

In trainings, some good advice I’ve got so far is related to variety and intensity.

Intensity is the way to progress

It’s pretty obvious when you’ve been running for a while, but you don’t actually realise how much it matters until you do start doing some faster runs.

For me, being used to do the same old 10k route during weekdays, and most of the time in the same pace, it was a shock every time I started doing more intensity. It never lasted long, I always did intervals just for 5-6 weeks and then took a break or even just 2-3 speed trainings right before a race. So after going through this, I can say now that one speed training helps me more than 4-5 10k easy runs.

Of course, they each have their role, but even once in a while it helps doing some intensity for a few weeks.

I’m paraphrasing Jack Daniels here. He’s saying that while it’s a good idea to give your best in intensity trainings, it’s not such a good idea to force it. Trying to always be as fast as you can in speed trainings can lead to exhaustion and/or injury and might do you more harm in competitions.

So stick to the training plan, and keep the all-in effort for the race day. 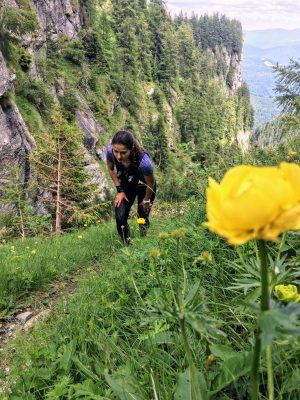 There are also two things that help me during races, and they’re more on the mental side of things. Proving once more that it’s all in our heads.

Do you know those easy, false flat, climbs? Those that seem easy if you look at them, but if you try to run them, they feel like hell? I don’t like them, they’re certainly not my specialty, and when they’re on a forest road at the end of a long race, my brain goes in the “no effing way I’m running this” attitude.

Well, what I’ve learned is that if you’re in a race and actually competing against other pain loving runners, if you do run those parts, those easy uphills, you’ll gain a lot of advantage. In some cases, those are the parts where the race is won.

So in your next trainings, try to dose your effort in such a way that you manage to run the easy and almost flat climbs. And in your next race, try to fight the mind and keep on running.

In the last parts of a race I usually feel super tired and have moments when I feel like taking it easier and giving up the fight. I’ve done this several times, and, of course it’s not the best idea. What helps me now overcome those moments, at least mentally, is a piece of advice I’ve got recently: “don’t forget that by that time, they’re tired, too”.

I don’t know about you guys, but for me, imagining the other runners as tired as I am, helps me a bit and keeps me going for a while longer.

“The race is not over until the finish line”

There have been many examples lately of people who didn’t give up when others did and ended up winning races, almost unexpectedly. Either because the others abandoned or because they slowed down.

This is a precious piece of advice to remember both in planning your race and when running it.

Don’t forget that the race ends at the finish line, and so many things can still happen. Getting lost, getting tired and slowing down, abandoning, overpassing with a sprint on the final hundred meters, and so on. Even if you’re tired, even if there’s not much distance left, even if you’ve lost some positions, the situation can shift anytime, until the last centimeter of the race, in your favour or not. So keep going like you’re there to do the best race that you can.

I know I still have a lot to learn and practice and I can’t wait to come back to this article with an update.

What other tips help you train smarter or keep going when it gets tough?