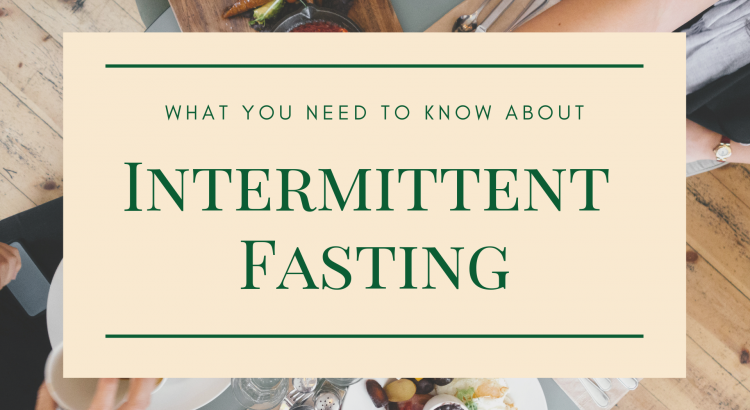 I get a lot of questions about what intermittent fasting is, if it works, how it’s best to do it, and so on.

It’s definitely been getting a lot more attention in the past years, some people are trying it, and others are getting rich by writing books on it. Has any of this made us healthier or happier overall? Not sure yet.

If you haven’t heard of IF so far and what I’m writing below is mostly news for you, then you’ve either been living in a cave or you’ve successfully managed to become immune to fitness hypes (you’re my idol, in this case).

So what is Intermittent Fasting (IF)? It’s simple: alternating periods of eating with periods of not eating.

There are also people who’ve been fasting their entire lives, maybe without knowing they were on IF. I’m looking at you, “can’t-eat-in-the-morning” people. If you have dinner at 8pm and then can’t eat before noon the next day, you fall into the definition of IF.

So why this entire hype about IF right now?

Well, because it’s been lately promoted as a fat loss protocol, and many models, athletes, and nutritionists claim it has magical powers to slim us down.

Except that it doesn’t. It’s not a diet and it’s not the fasting that does the weight loss, but the calorie deficit. Repeat after me, please: I will not lose weight just by “moving” my calories into specific timeframes.

It says that fasting can help you regulate your Growth Hormone, the somatotropin that helps our bodies grow, tissues to repair, and new cells to be born.

Studies show it usually spikes after sleep, exercise, or fasting (some show an increase after fasting for a few hours, others, for a few days).

Also, many studies show that IF helps with insulin sensitivity, which kind of explains why people who are used to fasting don’t have that many low energy moments, because it helps lower blood sugar.

Other health benefits of IF are strengthening the body to fight disease and cellular repair (a theory based on autophagy), but in my opinion, these two are insufficiently backed.

Here are some interesting studies on intermittent fasting.

IF can be done in several ways and I’ll go into details about he most common three ways below.

It’s one of the most common forms of doing IF. Basically, every day you eat in an 8 hour “window” and don’t eat anything* in the rest of 16 hours.

For example: you have your first meal of the day at 12, and your last meal at 8pm. Between 8pm and 12pm next day, you fast. You can juggle with the hours in the window as much as you want. I followed this for a few weeks and my feeding window was between 12-8 or 1-9.

Usually, it’s better to start easier, with a 10-14 fasting, which means you can have a meal at 10am, dinner at 8pm, and fast in between. You’ll sleep for most of the hours in between, so it’s easier.

Most trainers and nutritionists don’t count caloric intake that is below 50 calories. This means they say you can add a splash of milk to your coffee and still be in a fasting mode.

There’s a famous book with the same name on this protocol by Brad Pilon, its promoter.

You just don’t eat for 24h. It’s usually done once or twice a week. Yeah, that’s two entire days without food. It’s a tougher way to fast, but has the same benefits:

But I want to stress the fact that it’s not a long term solution. I used to do 24h fasts for one day a month many years ago, before it became a “diet thing”.

My suggestion is to only do 24 hour fasts if you are completely sure you don’t have any eating disorder history and if you have some days in your week when you don’t train (that much) and the context allows you to go through the day without eating.

I haven’t tried this one. It’s a method promoted by Ori Hofmekler, who also wrote a book with the same name.

It involves having some light fruit and vegetable snacks during the day, in a 20 hour window, and then eat a big meal at night, during a 4 hour window.

Many claim that it’s not actually fasting, because you do eat some small quantities of fruit and vegetables during the day, and I tend to agree. So from this point of view I don’t know if you actually get the health benefits listed above or not. But it’s worth remembering that you do get a lot of health benefits from eating less and healthier. Fasting is just the tip of a huge iceberg. 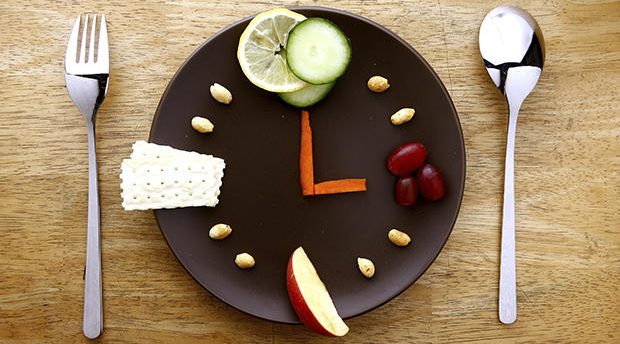 My own experience with IF

I experimented with IF for a while this year. I wanted to see for myself what happens, what are the challenges, the benefits, if and how it can help.

The first days, man, it was horrible. I felt constantly hungry in the morning. And by the way, one thing you’ll start doing if you decide to fast until a certain hour is to check the time from 5 to 5 minutes. Anyone who tells you they’re not checking the time is a big liar.

It took me about 5 days to get used to skipping breakfast and I was fine until noon. And contrary to what I was expecting, I didn’t feel like eating an entire cow. Actually, at my first meal I got satisfied with less than before. Then, during the rest of the day, I would eat normally until the end of my feeding window. But I’m also a fan of eating breakfast food later in the day, so it was a win from this point of view.

I realised training fasted sucks big time and I moved my trainings later in the day.

I also realised I wasn’t losing weight (I wasn’t looking to, at the time).

But the major win of doing IF for me was getting rid of that “hangry” attitude. That feeling that if you don’t eat right then and there, you could kill someone with your bare hands. Most of you know what I’m talking about. IF helped me get over this.

If I skipped a meal, a snack, didn’t have anything in my bag to chew on during a busy day, there was absolutely no problem. While before trying this experiment, I would start to shake and search my bag for some lost almonds or breadcrumbs.

In trainings and running competitions, this was an excellent help. It meant that even if I skipped a planned refreshment, I could still keep on running. I would basically delay my wall or completely avoid it, even when I missed a refreshment point or didn’t have a gel at hand when I needed it. And I didn’t need to eat as much in refreshment points, meaning I could digest the food faster and run with less gastric distress.

Another interesting fact is that I started to appreciate coffee even more. It was the only thing I’d have in the morning and, oh my god, how that aeropress goodness tasted when no other flavours are around. 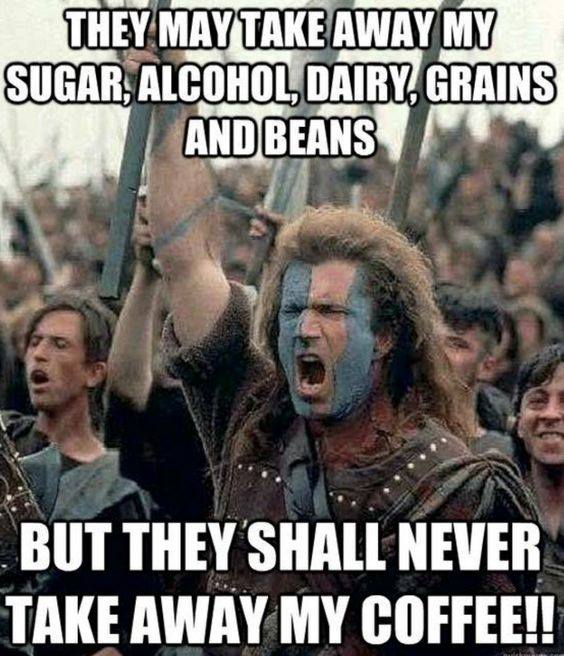 Also, I liked that food wasn’t such a big deal anymore and I could focus on working or whatever I was doing without constantly having in the back of my mind the question “what’s for lunch today?”.

A big downside was that sometimes I’d go out for dinner and couldn’t eat. In Barcelona, restaurants serve dinner starting with 8pm.

That meant I’d have to have my first meal at 1pm if I wanted to have a chance to have dinner out. And spending time with my friends over some delicious tapas is still more important to me, for the moment.

The one most important thing about IF and weightloss

Is that it all comes down to a calorie deficit, if you’re looking to lose weight or fat. It’s not a diet, it’s a way of eating that can become part of your lifestyle.

This means that even if you follow an IF protocol, if you eat more calories than you burn during the day, you will gain weight. No matter if you’re not eating outside your “window”.

IF is not for you if you:

Before you try IF, keep in mind

It’s not a magic diet to do when you feel like you’ve tried everything else and nothing worked. It’s not the fasting that helps you lose weight, it’s the calorie deficit. And that means anything else that keeps you in a deficit will work. You will not lose weight if you don’t also change what and how much you eat.

Could you eat like that forever? Or is it just an experiment? If it’s an experiment, treat it as such. But if what you’re looking for are lifelong habits and an eating solution that you can follow for a lifetime, think very honestly about IF being it or not.

It can trigger eating disorders. It can get you to avoid social situation in order to avoid eating outside your window. It can affect your relation with food. If you’ve already had issues, better choose another approach.

You can have up to 50 calories without breaking the fast. That means a bit of milk in your coffee, but no sugar.

If you break the fast one day it’s not going to ruin anything, it’s something that happens from time to time. No need to worry that you’ve fallen off the wagon.

It’s nothing fixed. Some versions of IF have names because it’s easier to remember what they’re about. So make it work for you. Adjust your feeding and fasting windows according to your work, social, and training schedule.

Breakfast is not the most important meal of the day, as you shall discover if you try skipping it.

Your metabolism will be ok as long as you don’t go crazy and stop eating for days or go on mindless juice detoxes :p

Even if you choose not to do IF, I still recommend going at least once in your life for one day without food. See it as a learning experience about yourself, about what real hunger means, about what and how much you feel like eating when breaking the fast.

And especially see it as a day of focusing on breathing, rest, good energy, and all the other beautiful things around that are not edible.