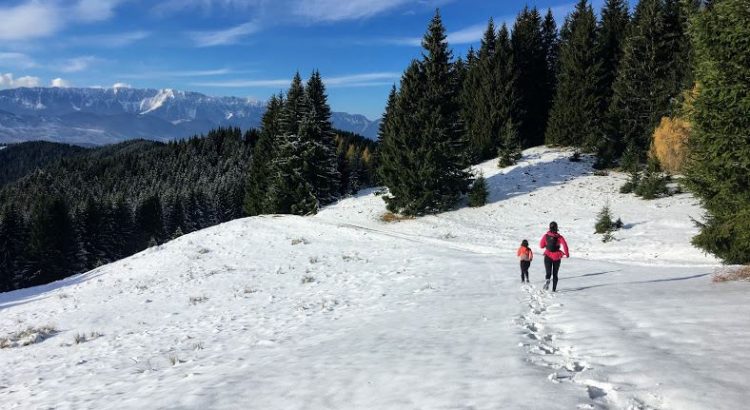 With only one month left before the start of Transylvania 100k event I thought about sharing some things about how I’m preparing the 50k race, which I consider to be my first ultramarathon.

Technically, everything longer than a marathon falls into the ultra definition. However, the mad people in the trail running world who run long distances say that nothing under 60k counts as an ultra. I won’t go for the extremes, so let’s say 50k is somewhere in between.

So far, my longest distance has been the 48k race of Lavaredo Cortina Trail last year. Theoretically, I should be ok with 2k extra. However, considering how bad I bonked in that race, I wouldn’t take it as a benchmark.

Also, there is a huge difference between the two races. While both have amazing sceneries on the route, Transylvania 50k is more about wilderness, orientation, and unpredictable weather. In Cortina Trail it was almost impossible to get lost, not only because of the markings and the route going on obvious, well beaten paths, but also because of the big number of runners.

So here is my preparation plan.

When it comes to training, in the little time there is left I will focus on some longer runs and longer climbs.

A good fitness test will be running a longer race before the 50k, so I can check how I feel. That’s why I signed up for Brasov Marathon (a 38k with over 200m D+). Even if I am planning to do my best, it’s not going to be my main objective for this year, but a tougher training.

About Transylvania 50K I already know it’s going to be a challenge and I’m not underestimating it. A long distance and a lot of elevation mean many hours in a state of effort. This means training for and expecting long hours on the route, preparing for it both mentally and physically.

For me, eating well this time of year means getting lots of season veggies. Also, adding in some mineral supplements to make sure I recover well. And talking about recovery, I’ll try to be more strict with my sleeping schedule, and maybe go to bed a bit earlier.

I already started taking some minerals that help with sleep and recovery (GABA and ZMA supplements from GoldNutrition.)

You guys know that getting lost is a natural talent of mine. So I want to make sure I have the track on my watch and not just that, but also to make sure I can read it while running 🙂 I usually don’t run following a track, I can’t follow them on the watch, but in such a long distance I’m sure I’ll have to use it. And failing to prepare is preparing to fail.

Another important thing will be the running gear. This means maybe testing poles, although I have zero experience with them.

Transylvania 50k is my first race of this distance and I think it will help me figure out whether I should try other long races or I should stick to half and marathons (but don’t ask me immediately after the race, my answer might be biased 😛 )

So that’s the plan:

Keep the excitement, check part of the route in advance, sleep enough, upload the route on my watch to reduce the chances of getting lost – which is a natural talent of mine – and eat all the veggies.

See you at Bran Castle on May 18th! If you haven’t signed up yet, you can do so here, there are a few days left to enter. And I promise you won’t regret it, because the atmosphere and the routes are beautiful, no matter if you choose to run the 20/30k races or the longer distances (50, 80, and 100k).

Have you done any of the Transylvania 100k races? What preparation advice could you share? Or, if you’re just training for your first long distance, how do you prepare for it?